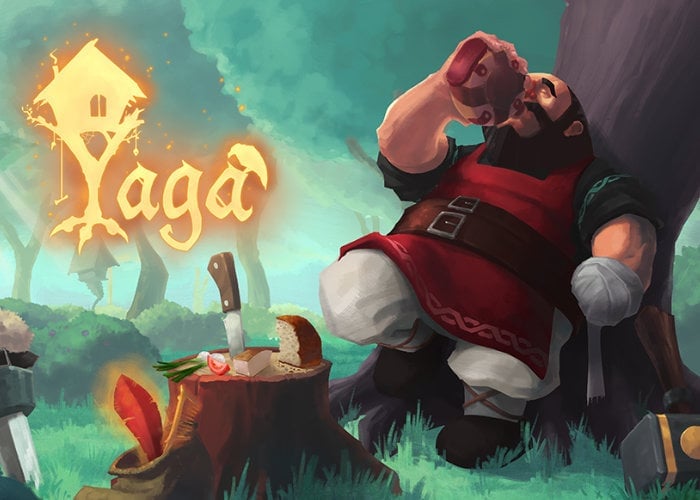 Apple Arcade subscribers looking for new content will be pleased to know that Apple has added five new games to its Arcade lineup including a new action RPG, platform and more. Check out the videos below to learn more about the new arrivals at the Apple Arcade which are now available to play on iOS devices, Mac OS and Apple TV systems. One game I’m definitely going to try out is Yaga an action RPG by Breadcrumbs Interactive.

“Smash, clobber and bash the murderous legends of Slavic mythology in this darkly funny action role-playing game that changes every time you play. Play as Ivan, a one-handed blacksmith with incredibly bad luck, who must take on the impossible tasks given to him by the tzar. All the while the mysterious witch, Baba Yaga, watches over Ivan’s fate.

The world of Yaga is a world steeped in Slavic folklore and ancient Pagan beliefs. Featuring a head-bobbing Romanian hip-hop soundtrack from Subcarpați and striking, hand-drawn 2D artwork. Yaga is an authentic love letter to childhood fables from Romanian indie developer, Breadcrumbs Interactive.”

– Bludgeon the ancient monsters of Slavic folklore using a vast arsenal of hammers and tools forged by Ivan’s own hands.
– Your actions change Ivan’s story, his reputation, and the upgrades he can choose.
– Experiment in the deep forging system to make weapons like teleporting lightning hammers and hookshot pitchforks.
– Explore the combinations of talismans, magic items, blessings, perks, and curses to fundamentally change how Ivan plays.
– Multiple endings, multiple mission outcomes, random maps, random encounters, and hidden secrets mean Yaga is meant to be played over and over again.
– Ivan’s grandma just wants him to find a wife. Don’t disappoint her!