It looks like Apple has started to approve iOS App which are compatible with iOS 4.3, which could be an indication that we wont have to wait too long before Apple releases the latest version of iOS.

One of the apps which was recently approved called StreamToMe, allows you to stream music, photos and videos from your Mac or PC over 3G and WiFi, and whilst this is nothing new, this version of the App uses AirPlay which needs iOS 4.3 to function. 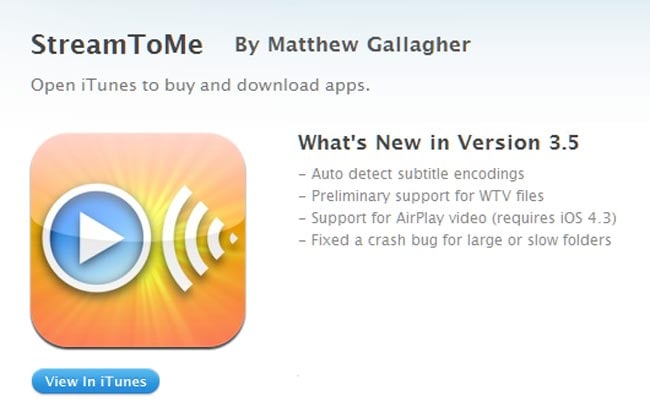 It looks like Apple are intending to release iOS 4.3 as soon as possible, as the guys over at TiPb are reporting that the normal two week update schedule for the beta of iOS has been reduced to one week in iOS 4.3.

Hopefully it wont be too long before Apple releases iOS 4.3, and we suspect we will hear something about its release date on February the 9th which is the rumored date for the iPad 2 announcement.