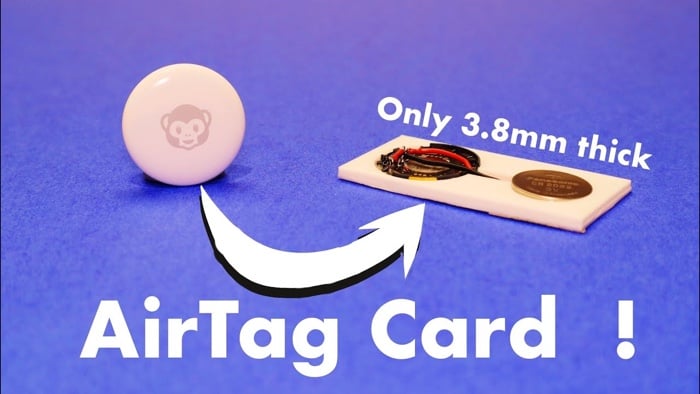 The video below shows us how Andrew managed to create the AirTag Card to make it much thinner so your can use it with  wallet, lets find out how it was done.

I turned an Airtag into a card for wallets!
Watch this video on YouTube.

As we can see from the video the battery and board we more from being on top of each other to side by side, which allows for the device to be considerably thinner.

Andrew made two battery terminals for the device that would allow the battery to be positioned by the side, he also made a case from the device which he 3D printed to change the layout. If you want to do this yourself you can find out more details over at his YoutTube channel at the link below.