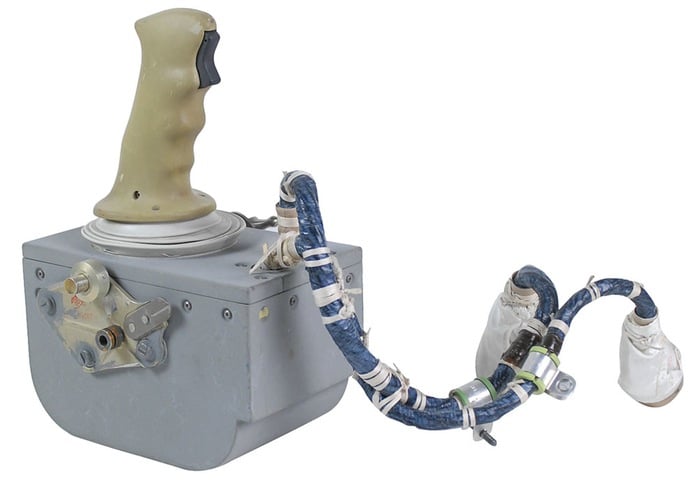 If you fancy owning a piece of space history you might be interested to learn that the joystick used to control the landing of the Apollo 15 spacecraft during its moon landing will soon be up for auction with bidding expected to rise to an astonishing $300,000.

The joystick or as it is officially known, the lunar module rotational hand controller, used by Dave Scott and flown to the lunar surface on board Apollo 15’s Lunar Module Falcon, measures 4 x 10.5 x 7 inches in size and still has two 15 inch cables attached.

Wouldn’t it be great if a daring modder was able to reconnect this to be used too control a lunar lander game or similar, rather than it just sit in a glass cabinet never to be touched again. The auction description reads:

“Housing retains its original Honeywell label which reads: “Attitude Controller Assembly; MFG. Serial No. 041P; Mfg Date 3 Mar. 1969.” Spring-loaded hand controller remains quite tight and returns to neutral, and was used to control pitch, roll, and yaw while maneuvering to and from the lunar surface. The communications trigger switch is also present, and a screw on the front of the housing retains one of its wax tamper seals. 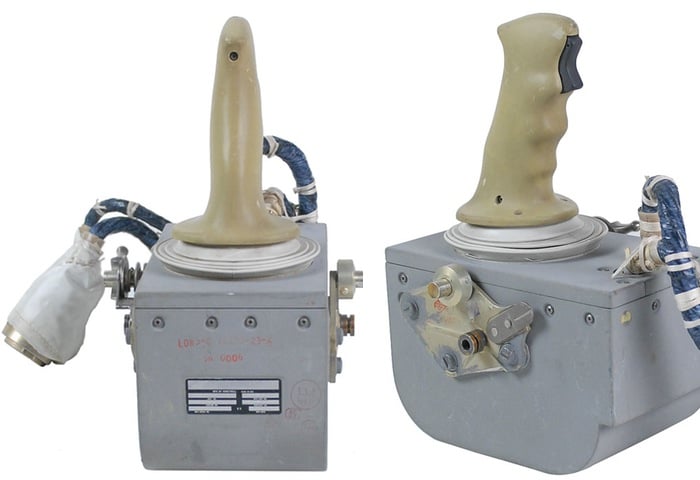 Located on the left side of the cabin interior, this controller was used by Commander Dave Scott to land the LM to the Hadley Rille landing site, as well as piloting the ascent stage to rendezvous with Command Module for their trip home. In fine condition, with expected light wear.”

For more information on the lunar module rotational hand controller auction jump over to the RR Auction website for full details and a few more images.