AOL has launched its video on demand service in the UK, the service is called AOL On, and it has previously only been available in the US and Canada.

AOL ON has teamed up with a number of UK content providers, which include ITN, Channel 4 News, and more, and there will be over 750,000 videos available on the service. 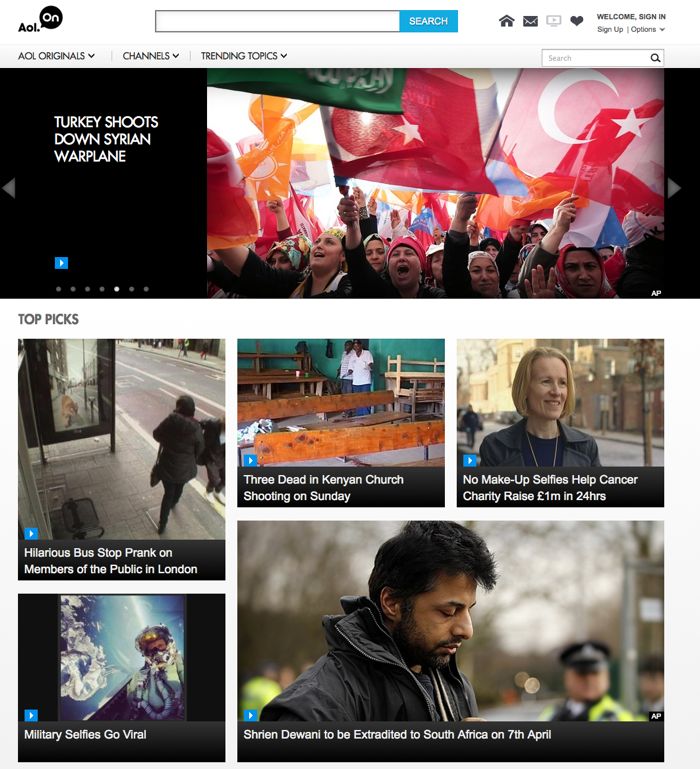 UK content providers at launch include Endemol beyond, Channel 4 News, ITN, Scripps Networks International, MyMovies, Zoom. In and Parentchannel.tv. Little Dot Studios will be providing clips from UK reality shows such as Supernanny and Embarrassing Bodies.

AOL On UK covers news, entertainment, style and tech, and this is distributed through a network of publishers including Trinity Mirror, Telegraph Media Group, TalkTalk, Local World, Videojug and TVGuide.co.uk.

The company will also launch AOL On app for Android and iOS in the UK, these new apps will be available in the UK from April.

AOL On has been popular in the US, and AOL are obviously looking for similar success in the UK.