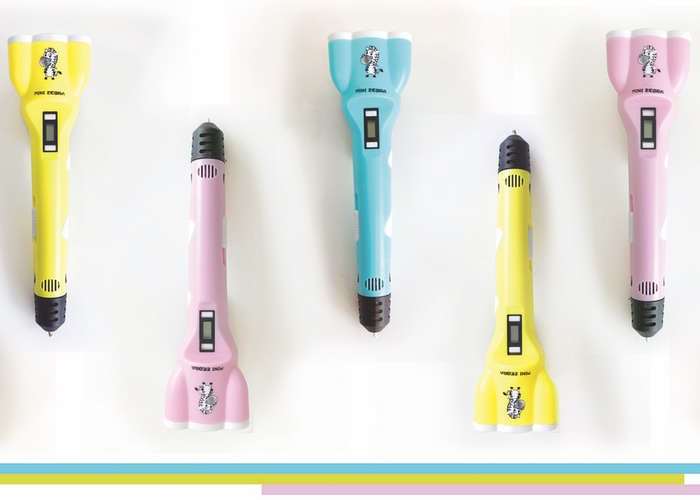 Hardware manufacturer AOD Mini Zebra has unveiled their next-generation 3D printing pen which takes the form of the AOD Zebra and has been specifically designed to be safe and easy-to-use even by children.

What’s the demonstration video below to learn more about this new ergonomic 3D printing pen which is equipped with a wealth of safety features it still allows users to be creative and safe.

The first generation AOD 3D pen was one of the most popular items to help students expand their spatial intelligence last year. The non-toxic, scentless material and safe design has made the AOD 3D pen a hit in over 120 classrooms to date with over 6000 3D printing pen classes taught. We now proudly launch our new and improved, second generation 3D Printing Pen!

The new generation AOD – Mini Zebra 3D Printing Pen is ergonomically designed for easy and safe use. With the heat now concentrated only to the tip of the nozzle of the pen, Mini Zebra 3D printing pen lets users hold a more firm grip without having to worry about getting their fingers on the heating nib.

The Mini Zebra 3D pen is the latest offering in the world of 3D arts, passionately made from the feedback of customers of our first generation 3D printing pen, successfully launched last year. The team now strives to bring the product to the various platforms in the US and the world.

The AOD Zebra 3D Printing Pen has this week launched via Kickstarter to raise the required funds it needs to make the jump into production. Pledges are available from just $39 with shipping expected to take place during August 2017.