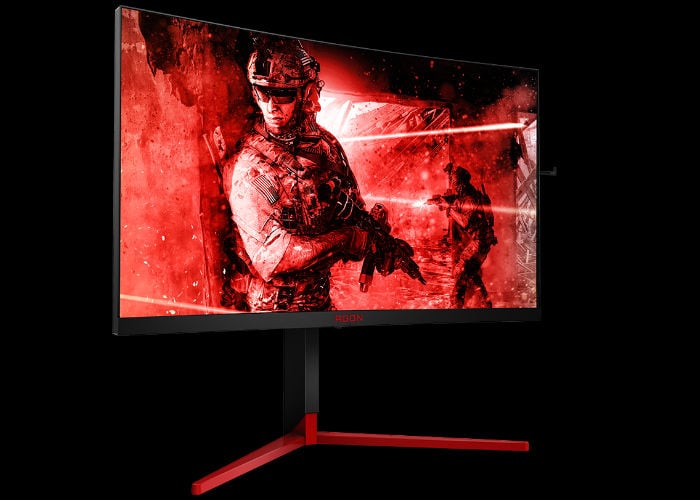 Hardware manufacturer AOC has today introduced a pair of new gaming monitors in the form of the curved AG273QCG Nvidia G-SYNC and AG273QCX AMD FreeSync 2 HDR. The third generation AGON monitors have been have been redesigned to provide premium gaming monitors and will be available later this month during January 2019. The AG273QCX and AG273QCG gaming displays will be priced at €699 and €799 respectively.

“The 27″ (68.6 cm) AG273QCG is equipped with a curved (1800R) TN panel in QHD resolution (2560×1440), supports Nvidia G-SYNC and a higher refresh rate of a whopping 165 Hz and a 1 ms response time. Users of supported Nvidia GPUs could enable G-SYNC to eliminate tearing and stuttering and match the monitor’s refresh rate to their GPU’s framerate. The high brightness of 400 nits makes sure the monitor is usable even in brightly lit rooms. Two built-in 2W speakers with DTS complete the whole audio-visual package.”

Features and specifications of both include :

“The 27″ (68.6 cm) HDR (High Dynamic Range) monitor AG273QCX on the other hand is equipped with similarly curved (1800R) VA panel in QHD resolution with a refresh rate of 144 Hz. Thanks to the high brightness of 400 nits, the display supports the HDR standard VESA DisplayHDR 400. To accompany HDR, it also boasts AMD FreeSync 2 HDR to mitigate input lag caused by HDR’s tone mapping, and to force Low Framerate Compensation (LFC) as well as to get rid of tearing and stuttering. The VA panel’s 3000:1 static contrast ratio and 90% DCI-P3 gamut coverage bring visuals to life with deep blacks and vibrant colours, while offering wide viewing angles of 178°/178°. A high responsiveness is guaranteed with the 1 ms response time, which is achieved by a strobe technique. The 2 x 5W speakers on the AG273QCX are also DTS-compliant.”