We all know Antarctica as an incredibly cold continent covered in ice and snow year-round. Some scientific evidence suggests that at some point in Earth’s past Antarctica probably looked significantly different than it does today. If you’ve ever wondered exactly what Antarctica would look like minus all of its ice and snow, you aren’t alone. 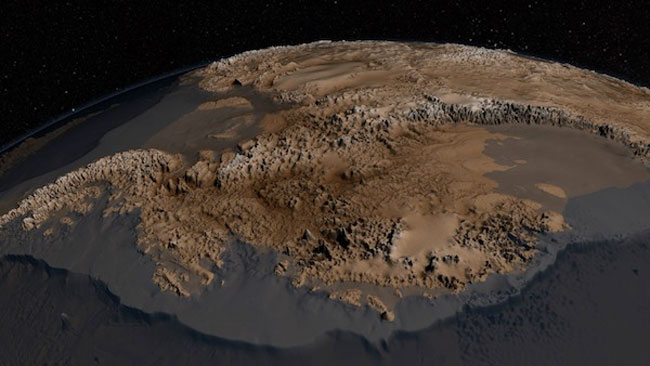 A new digital rendering has surfaced that shows what Antarctica would look like without all the ice and snow covering the surface. Some of the ice cover on the surface of the continent of Antarctica is as much as 2 miles thick. A group of British scientists created a detailed image you see above of the bedrock underneath all of that ice and snow by pulling together geophysical measurements taken over decades.

One of the main reasons for putting together this image was to help predict what sort of effect melting ice and snow from Antarctica would have on ocean levels. The new map helped scientists predict that there is 4.6% more ice in Antarctica than was previously believed. The data also help determine that the mean depth of underlying terrain beneath the ice and snow is 200 feet lower than previously expected.