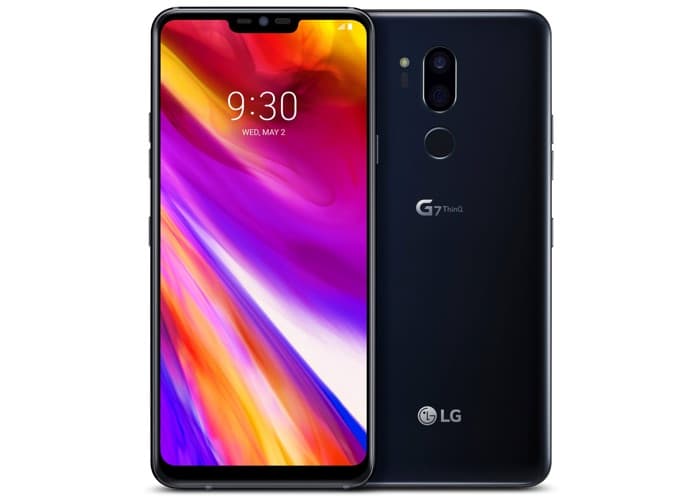 We have seen a couple of photos and a press render of the new LG G7 ThinQ smartphone, now another one has been leaked an it shows the black version of the handset.

The latest press render of the LG G7 ThinQ was posted on Twitter by Evan Blass, it can be seen above. We already know many of the specifications on the handset ahead of its official launch.

The device will come with a fingerprint sensor and it features a notch on the front, so we presume it will have facial recognition. There are no details on how many megapixels the front camera will have. The rear camera is a dual setup with two 16 megapixel cameras. The handset will also come with a 3000 mAh battery and Android 8.1.

LG are holding a press event on May the 2nd where their new LG G7 ThinQ smartphone will be made official.