During Apple’s WWDC 2013 earlier this year the new Anki Drive racing game and cars where unveiled to the delight of the crowd and everyone watching.

The Anki Drive Anki Drive racing game is now available to purchase and the iFixit team has already jumped to the task of dismantling the new racing game using its specialist tools. 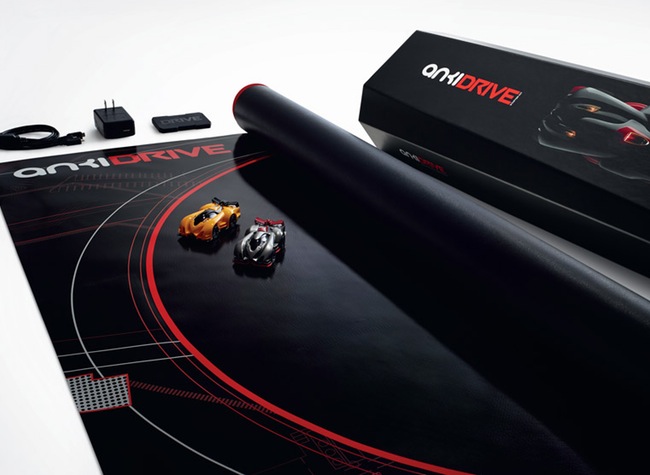 The racing game is a next-generation slot car racing game that includes cars that are equipped with machine learning, a smartphone control system and artificial intelligence, which helps keep the cars on the Anki Drive track.

The Anki Drive track has been specially created to connect to Apples iPhone device and allows players to control the speed of their cars as well as fire virtual machine guns at other players to drive them off the track. Check out the Anki Drive video below to see the new gaming action.

“It feels like Christmas morning at iFixit, with itty bitty plastic cars zipping overland and underfoot. But as much as we’d like to keep reenacting our favorite scenes from The Fast and the Furious films, it’s time to find out what lies under those tiny robotic hoods.”

Check out the full Anki Drive teardown over on the iFixit website.