Here is another fun geeky t-shirt that would make a great addition to your geeky wardrobe, the Animated Space Invaders T-Shirt.

The Animated Space Invaders T-Shirt features an illuminated space invaders display on the front, which looks like a game of Space Invaders in action. 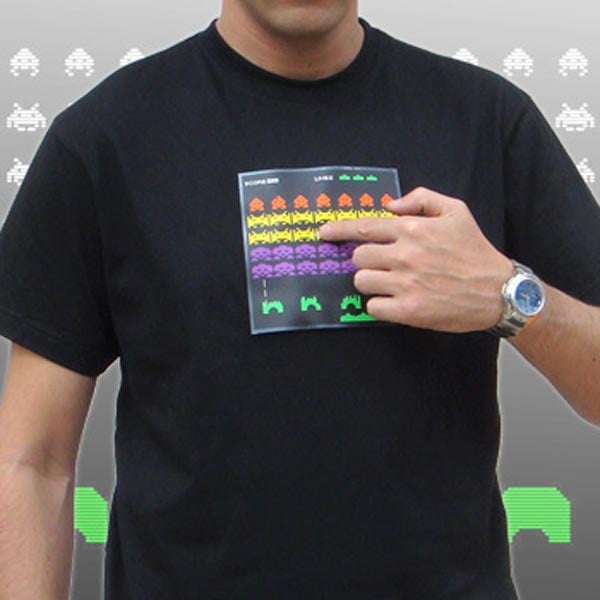 The most iconic computer game of them all, the first evolution of the gaming revolution, can now be worn with pride on your chest. Soak up the respect and admiration of those who pass by, as they remember their days spent in gaming arcades fighting the hoards of leggo-like invaders from space as they marched down the screen, ready to mow down their defences. (And that’s even without activating the lighting sequence!)

Cool on it’s own, when you push the flat panel plush plate, the lighting sequence will animate bringing the alien attackers to life! It looks awesome at night and absolutely wicked in nightclubs (beware of inebriated gamers who approach looking for your “controls”).

If you want one, the Animated Space Invaders T-Shirt is available for $40 from Latest Buy.