One of the common outdoor activities typically done right after a snow drizzle especially for kids, is playing and forming invented imagery with snow. 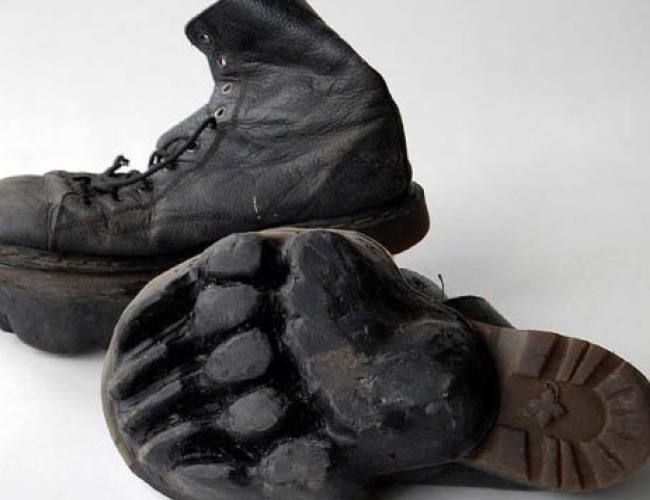 However, for a Canadian artist like Maskull Lasserre, this season is for a lot more. The beauty of this scenery held him to expand his imagination and create an innovative thought. Hence, this idea has turned into a not-so-usual intended design for pairs of shoes.

Perhaps, this solo artist is an animal lover or a great fun enthusiast, and so he formed ordinary shoe soles into animal footprints. These foot wears are basically seem like regular shoes but with altered soles. This then create a different view when using them in snow or soft land. It’s like leaving realistic animal footprints on the ground.

Would you dare to see  bear or even wolf traces among the streets in your area? I bet you wouldn’t!