If you are an Angry Birds fan you will be pleased to know that Angry Birds Rio is now available on Android, Mac and iOS devices. The new game features the same slingshot action and mechanics as the original game but now takes you to Rio de Janeiro, Brazil on a mission to find Blu and Jewel, the two macaws who are the ‘stars’ of the upcoming animated film.

In Angry Birds Rio smugglers have kidnapped the Angry Birds and taken them to magical city of Rio, where they must escape their captors. 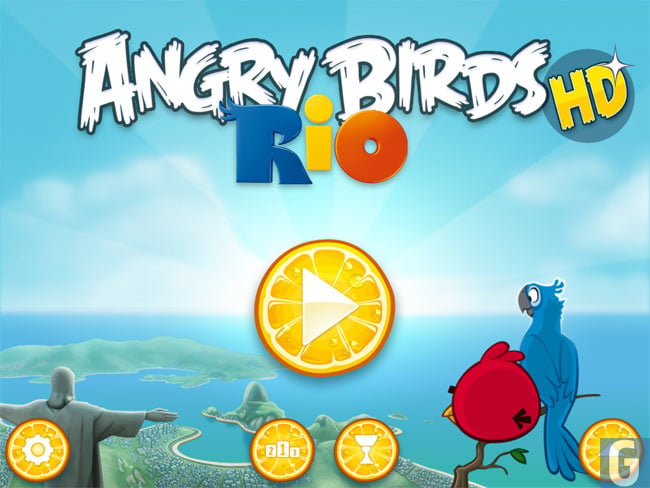 The new Angry Birds Rio game features two episodes and 60 levels of slingshot fun, together with new episodic updates throughout the year based on the motion picture RIO and includes New playable characters, new achievements and unlockable secrets are also included.

Rolands currently hard at work playing his way through the new Angry Birds Rio game to bring you a hands on review which he will post later today.

Angry Birds Rio costs 99 cents from the iTunes App Store, but if you have an Android device the Amazon Appstore have an exclusive on the platform and its currently free for 24-hours as part of Amazon’s free app of the day promotion.

Make sure you check out our Angry Birds Rio hands on for lots of photo on the latest Angry Birds game. Have a look and our article on Android vs iPhone to see which smartphone and mobile platform is best for you.