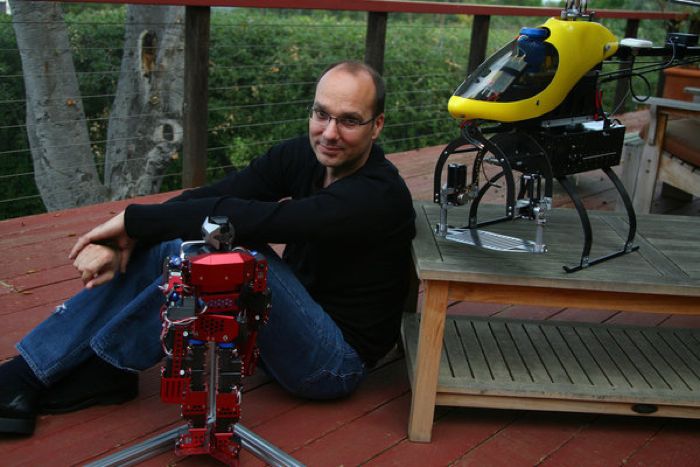 Andy Rubin co-founder and former CEO of both Danger Inc. and Android Inc and was formerly Senior Vice President of Mobile and Digital Content at Google until March 2013 when he moved to the robotics division will be leaving Google reports the search giant.

Google revealed that Andy’s new goal will is to start an incubator for startups interested in building technology-hardware products and has previously worked with Apple, Carl Zeiss Microscopy, Microsoft and WebTv his LinkedIn profile reports

Andy position at the robotics division will be filled by James Kuffner, a research scientist at Google. Kuffner is a roboticist and an Adjunct Associate Professor at the Robotics Institute at Carnegie Mellon University and manager at Google. Google’s Larry Page thanked Andy by saying :

“I want to wish Andy all the best with what’s next. With Android he created something truly remarkable—with a billion plus happy users. Thank you.”

“It’s surprising and sounds pretty unplanned,”-“If it was voluntary on Mr. Rubin’s part, you would think he would see part of the robotics project through to completion to have something to show publicly before leaving.”