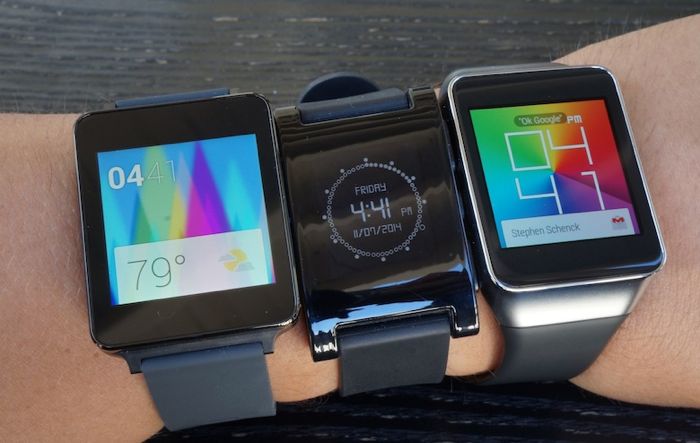 Both devices come with similar specifications, and now we have a video comparing these two new Android Wear devices to the Pebble Smartwatch.

The Pebble Smartwatch has been available for quite some time, and it works with both iOS and Android devices, have a look at the video below.

The Samsung Gear Live and the LG G Watch are the only Android Wear devices available at the moment, we are waiting to find out when the new Motorola Moto 360 launches.

The Moto 360 is the device we are waiting for, as it looks to have the best design out of all these smart watches we have seen so far.

Motorola previously said that the Moto 360 would launch this summer, which means that it should launch either this month or next month, although we are expecting it to launch some time in August.