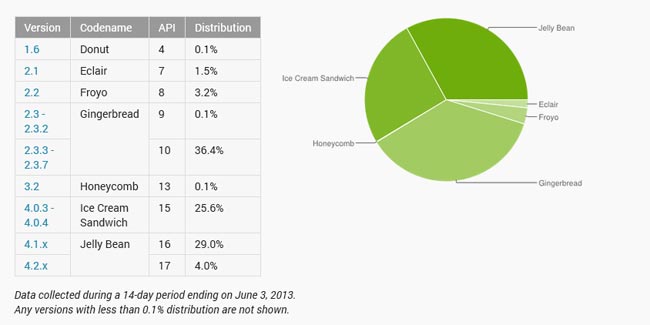 We suspect by the next time Google releases their Android distribution figures, that Android Jelly Bean will be in the first spot, as various manufacturers are releasing the Jelly Bean updates, and also the majority of new devices being sold are Jelly Bean devices.