The search engine giant announced yesterday that “Find My iPhone” type service – Android Devices Manager – will be hitting the Android devices this month, which will help users locate their lost or stolen devices and wipe out the phone remotely. It appears as the service is being pushed to devices and will be released worldwide. The standalone device manager and the web service has not been launched yet but we do hope that they will debut very soon. 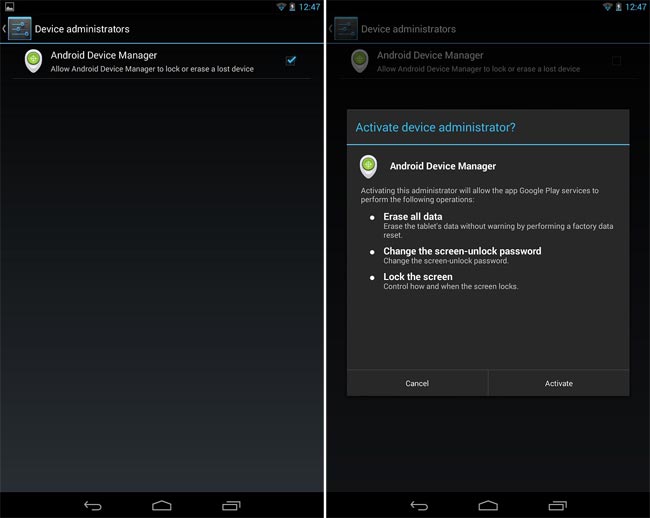 If you want to find out if you got the update and the Android Device Manager, go to Settings > Security and look for “Device Administrators” option there. You can also check the version of the Google Play Services installed on you devices from the Apps section in Settings. If you see v3.2.25, then you should be able to see the new Android Device Manager. At the moment, we cannot see the service in our device but a lot of users online have been posting about this newly introduced feature that has appeared on their devices.

Did you receive the update? Share with us in the comments below if you can see Android Device Manager.