Back in May Google showed of their latest version of their Google TV which was running Android 3.1 Honeycomb, and now it looks like we could be getting closer to the release of Honeycomb 3.1 on the Google TV.

Android 3.1 Honeycomb will bring a range of new features to Google TV which will include a new user interface, a new icon layout, new widgets and support notifications plus the Android Market. 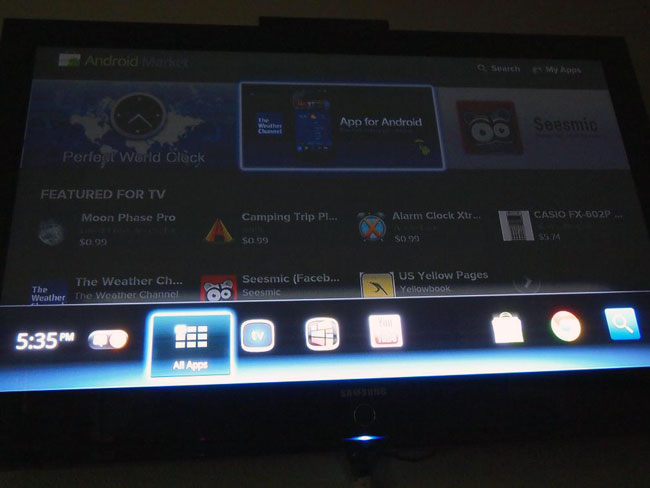 The guys over at GTV Hacker have managed to update their Logitech Revue with Android 3.1, and will be releasing details on how they managed it over the next few days.

According to the guys over at Android and Me we could possibly see Google rolling out Android 3.1 to Google TV some time over the next week, we will keep you guys updated as soon as we get some more information. Take a look and our article on Android vs iPhone to see which smartphone and mobile platform is best for you.