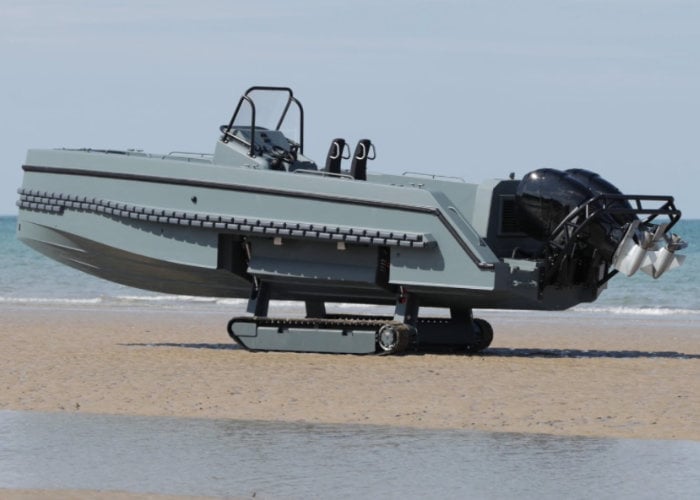 The French military has designed a unique amphibious craft that uses caterpillar tracks to move into and out of water allowing the versatile boat to be used for a wide variety of different applications. The caterpillar tracks can be easily deployed when required and fold back up into the boats hull for speed when the boat is travelling on water.

Check out the video below to learn more about this amphibious craft which takes inspiration from the amphibious boats designed in the early 20th century during World War II. The fast, versatile and rugged, IG-Pro Interceptor is 10m in length and has been made for applications such as border surveillance, port security, high speed interception and law enforcement operations. 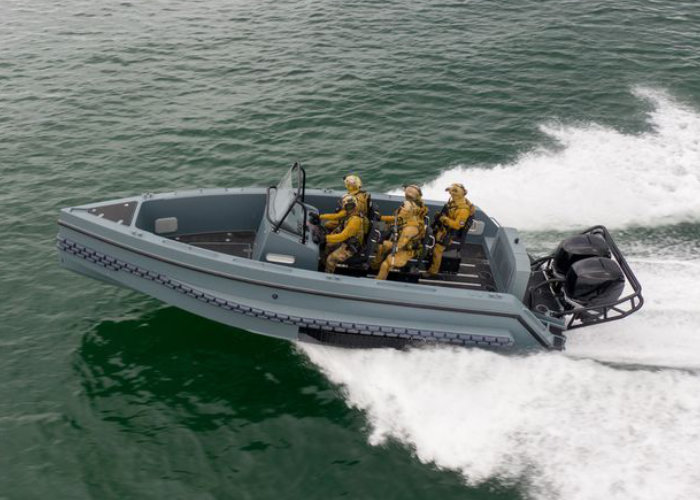 “The Iguana is the only fast boat in the world with caterpillar tracks. It was designed by a company, Iguana Yachts, founded in 2008 by Antoine Brugidou in Normandy, on France’s Atlantic coast. The coastline there sees some of the world’s biggest tidal ranges, and that was a problem for Brugidou, a boating enthusiast. If he wanted to take his pleasure boat out at low tide and come back at high tide, he couldn’t haul his boat down to the shoreline and then leave the vehicle and trailer on the beach—they’d be underwater by the time he came home.” 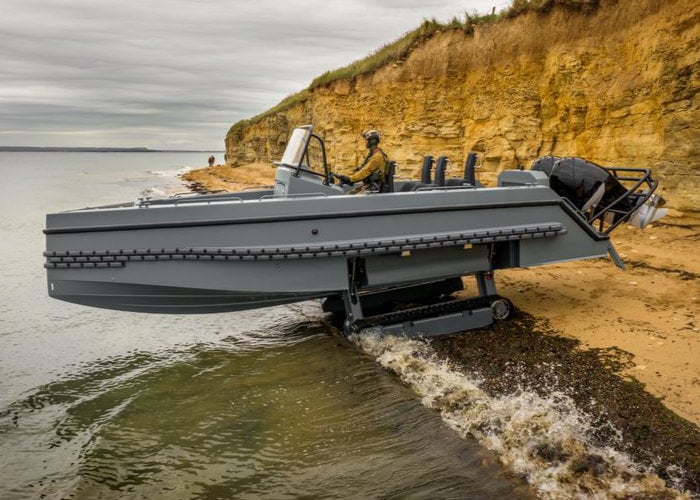