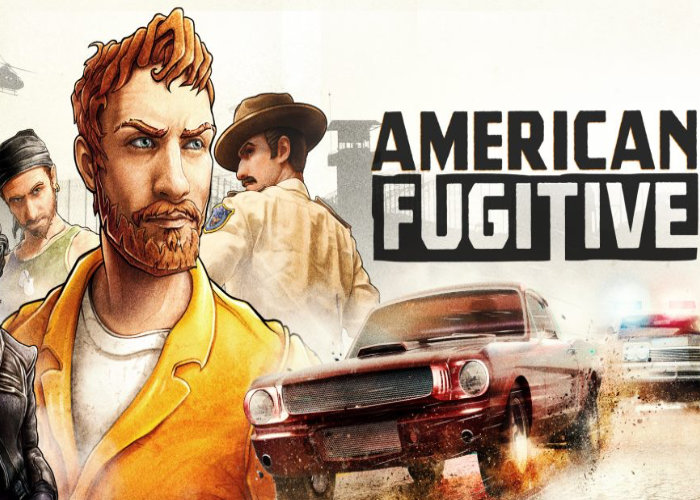 Lewis Boadle, Art Director at game developers Fallen Tree Games has taken to the official PlayStation blog this week to reveal more details about their new game American Fugitive, which will be soon launching on the PlayStation 4 console. The 1980s inspired action thriller allows players to race and fight their way across an isometric open world environment to evade capture for a murder you didn’t commit. Check out the announcement trailer below to learn more about what you can expect from the American Fugitive PS4 game.

American Fugitive has been created to provide players with an open-world sandbox experience focusing on three core gameplay foundations: Breaking and entering, Driving and Combat. Boadle explains more about the inspiration behind the game and a little more about its gameplay mechanics, storyline and features.

“We’re delighted to finally come out of top-secret development mode to announce our new game: American Fugitive! It was born out of a simple but captivating concept: Imprisoned for a murder you didn’t commit, you escape from jail and embark on a hunt to find the real culprit. We’re huge fans of ’80s movies, TV shows and games, and our intent was to create a game that paid homage to those thrills, while still being contemporary and fresh.”

“We’ve created a world of fun and exciting activities, including stunt-jumps, time-trials, loot stashes, and collectibles. These sidelines complement the narrative, which sees you embedded with a motley cast of law-breakers, mercenaries and shady characters, trying to unravel the mystery of your incarceration. Seriously, it gets crazy!”

For more information on the new American Fugitive PlayStation 4 game jump over to the official PlayStation blog by following the link below. As soon as a confirmed release date is announced will keep you up to speed as always.