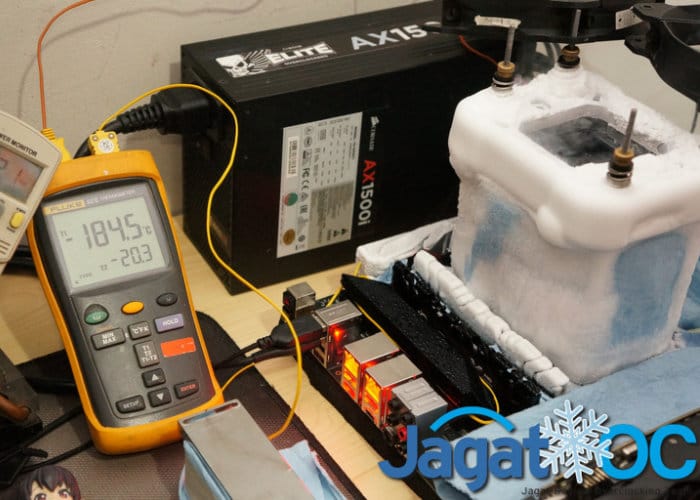 The Video Cardz and Hardware Luxx websites have today revealed that the new AMD Ryzen Threadripper, the world’s first 32-core consumer CPU, has been overclocked to 5.4 GHz thanks to the overclocking skills of Alva Jonathan aka Lucky_N00b.

Alva has overclocked the processor liquid nitrogen to create extremely low temperatures below -180C, taking the overclocked AMD’s flagship HEDT CPU to staggering 5.4 GHz. The overclocked puts Lucky N00b in a fifth place in global ranking (all CPUs) and in first place for 32-core processors.

“It is said that such frequencies turn Threadripper into an extremely power hungry chip. A 5.3 GHz frequency already requires more than 1000W, Alva did not mention how much power did his CPU need at 5.4 GHz.”

For more details on the overclock jump over to the websites by following the links below.