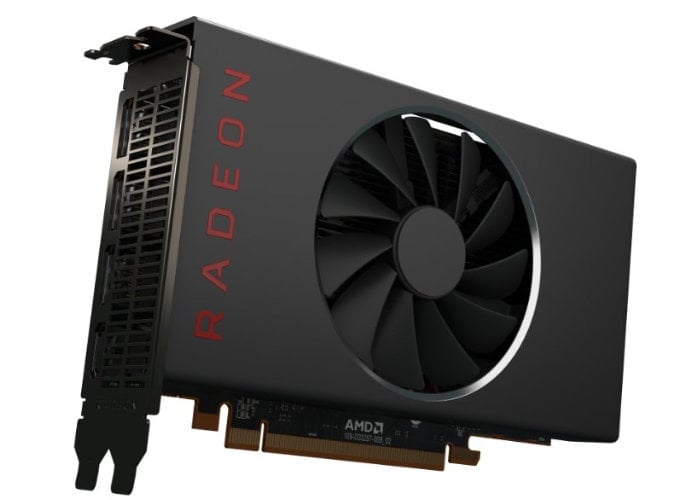 AMD has introduced its new Radeon RX 5500 Series graphics cards this week featuring RDNA gaming architecture to deliver the” ultimate in high-performance, high-fidelity 1080p gaming” says AMD. Powered by RDNA, the Radeon RX 5500 provides up to 1.6X higher gaming performance-per-watt than current Radeon graphics cards based on the Graphics Core Next (GCN) architecture. “ For mobile gaming, a laptop configured with the Radeon RX 5500M GPU provides up to 30 percent faster performance on average than the competition, and delivers up to 60+ FPS in select AAA titles and up to 90+ FPS in select eSports games.” 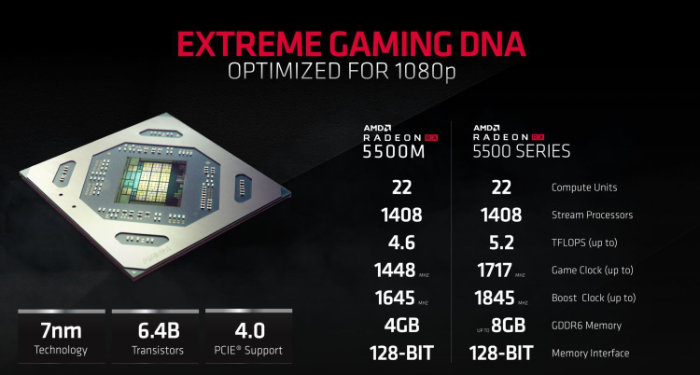 Built on industry-leading 7 nm process technology and supporting high-bandwidth PCIe 4.0 technology, the new AMD Radeon products take advantage of powerful features to bring 1080p gameplay to the next level, including: