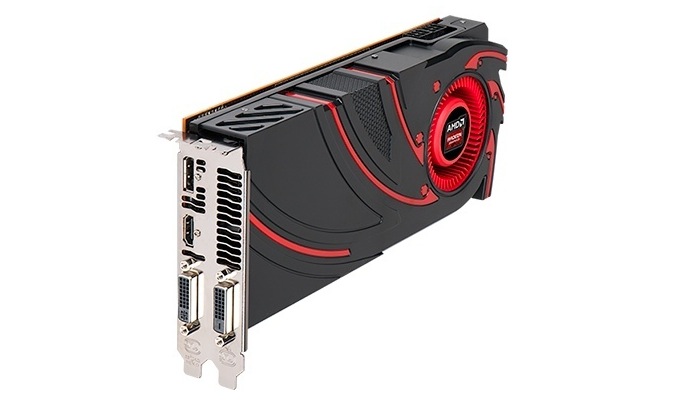 During their 30 Years of Gaming and Graphics event early this month AMD has unveiled its latest graphics card in the form of the AMD R9 285. 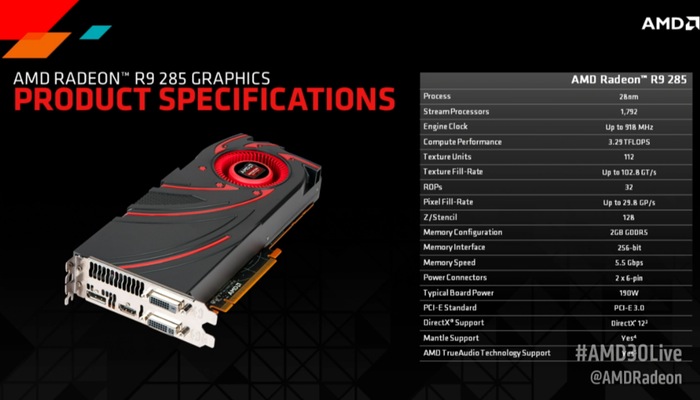 Specifications for the new AMD R9 285 offer 1792 stream processors, the same number as the current Radeon R9 280. However the 1375 MHz actual/5.5 GHz effective memory speed on the new graphics card is faster than the 1250 MHz/5.0 GHz specification equipped on the older AMD R9 280.

“The AMD Radeon R9 285 graphics card is faster than Nvidia’s GTX 760.1 That’s because we designed it for a single purpose: to play demanding PC games at maximum detail better than any card in its class.

The AMD Radeon R9 285 graphics card is loaded with the latest from Graphics Core Next (GCN) architecture, including mixed screen resolution and orientation for AMD Eyefinity technology and support for DirectX12 and AMD’s groundbreaking Mantle API.  So get Radeon and get gaming with forward-looking technology for the serious PC gamer.”

The new AMD Radeon R9 285 as well as the new Never Settle Space Edition bundle will be available next month from September 2nd 2014 and will be priced at $249. For more information on the new AMD R9 285 jump over to the official AMD website for full specifications.