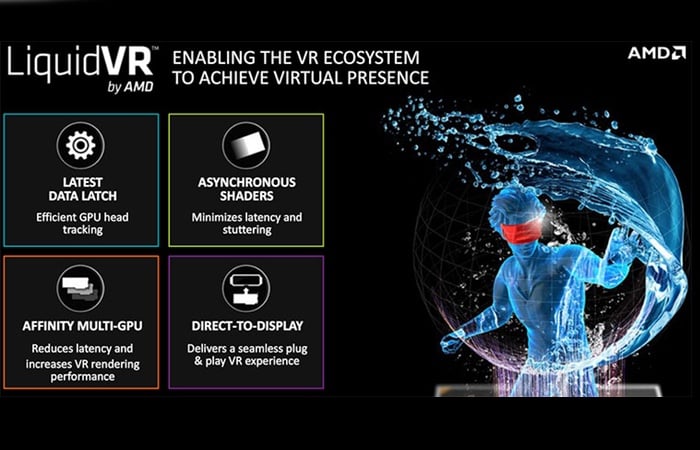 AMD has also announced this week that it has created a development kit that will ship during the autumn of this year and comes supplied with a full copy of Crytek’s CryEngine.

AMD is also preparing to launch a range of virtual reality focused graphics cards in the form of the 390 Fury-X which should be made available when the Oculus VR headset launches early next year.

LiquidVR is an AMD technology initiative aimed at enabling a fully immersive and comfortable virtual reality experience. In this video you will learn about a feature called Affinity multiGPU, a key features of the AMD LiquidVR.