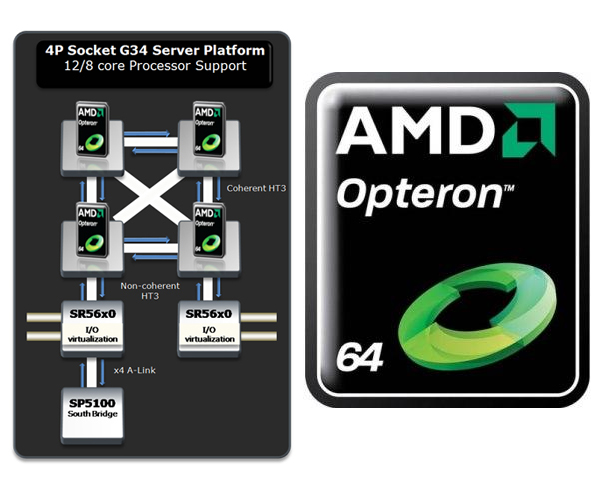 The Opteron 6000  processor series perform at up to two times the level of AMD’s previous generation of 6 core processors, gaining an 88% increase in integer performance and a 119% increase in floating point performance AMD claims.

If you looking to go for fastest 12 core CPU it will set you back approximately $1,386, more information can be found at the AMD website