AMD has today announced it has created the worlds first and only APU for embedded systems with its new low-power AMD Embedded G-Series platform with new x86 core integrated with GPU and DirectX 11 support.

The AMD Embedded G-Series, based on AMD Fusion technology, delivers a complete, full-featured embedded platform and incorporates the new low-power, x86 CPU based on the “Bobcat” core with a DirectX 11-capable GPU and parallel processing engine on a single piece of silicon designed for set-top boxes, SFF PCs and many more applications. 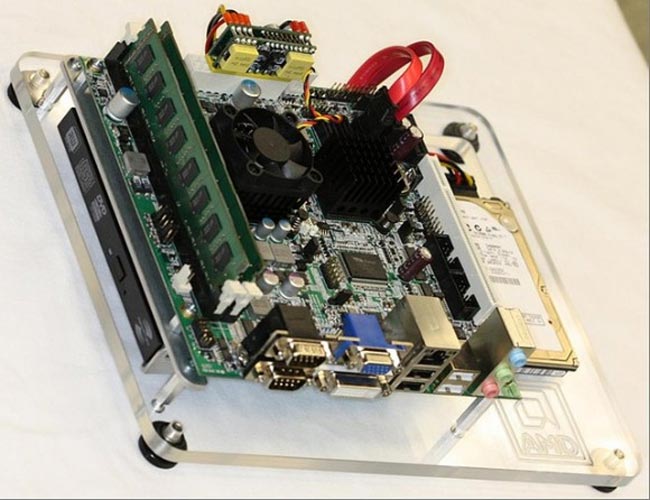 AMD has already partnered with a companies to use the new G-Series chips, including Fujitsu – who will use it in the D3003-S1 and D3003-S2 Mini-ITX boards, and Kontron, who will put it in three SFF PCs.