The Amazon Kindle Cloud Reader will let you read your Kindle books from the cloud and also download your books for offline reading, and it works with the iPad, and both PCs and Macs using either Google’s Chrome or Apple’s Safari. 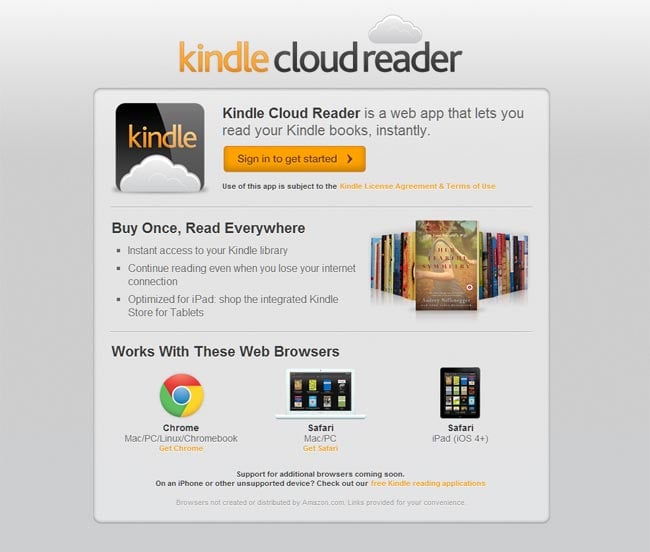 It looks like one of the reasons that Amazon has launched the service is due to Apple’s terms and conditions for iPad apps with regards to in app purchases which have to be made through Apple, as one of the bullet point on the Amazon page states the following.

At the moment the service is only available for the iPad at the moment, there is no support for the iPhone, we suspect this will be added shortly, you can find out ore information over at Amazon.