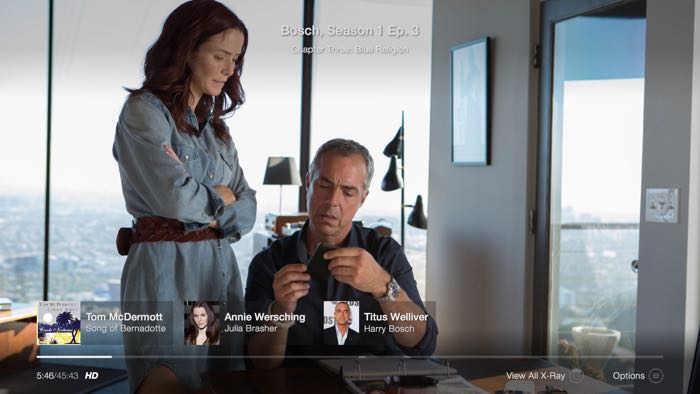 Amazon has announced that it is bringing its X-Ray for movies and TV shows feature to the Amazon Fire TV.

The Amazon X-Ray feature had previously been available on the company’s Kindle Fire tablets and now it is available in the Amazon Fire TV and their Fire TV Stick.

Have you ever watched a movie or TV show and wondered, “Who’s that guy?”, “What’s she been in?”, or “What is that song?” Never have that problem again. Amazon today announced that X-Ray—a customer-favorite feature since it launched on Fire tablets—is now available directly on your TV screen using Amazon Fire TV and Fire TV Stick. Exclusive to Amazon Instant Video, X-Ray for Movies and TV Shows is powered by IMDb—the #1 movie website in the world, with a database of more than 180 million data items, plus over 200 million unique monthly visitors worldwide.

You can find out more details about the new X-Ray feature on the Amazon Fire TV devices over at Amazon at the link below.