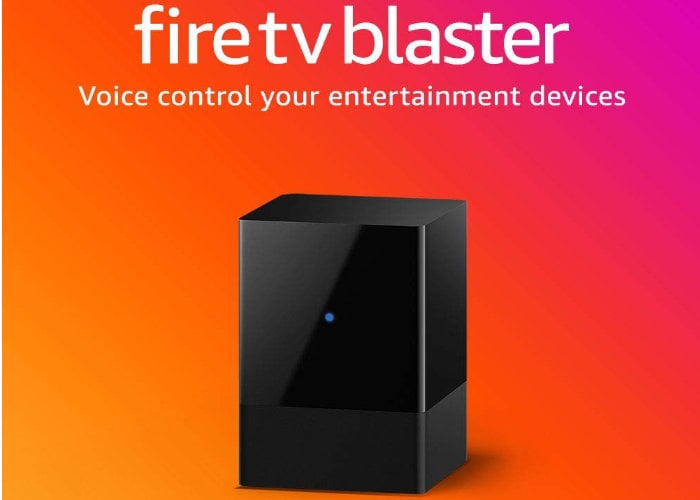 If you are looking to cut down on the number of remotes you need to control your home entertainment system you may be interested in a new piece of hardware from Amazon in the form of the Fire TV Blaster. Fire TV Blaster requires both a compatible Fire TV streaming device and any Echo smart speaker or smart display to add hands-free voice control to TVs, soundbars, satellite and cable boxes, and receivers.

At just over 2” tall, Fire TV Blaster is a small device that lets you do big things with your voice. Use with supported Fire TV and Echo devices to voice control compatible TVs, soundbars, satellite and cable boxes, and receivers from brands like Samsung, Sony, LG, Vizio, Comcast, DISH, and DIRECTV/AT&T U-verse, and more. You can switch inputs and control power, volume, and playback—all hands-free, even from across the room. 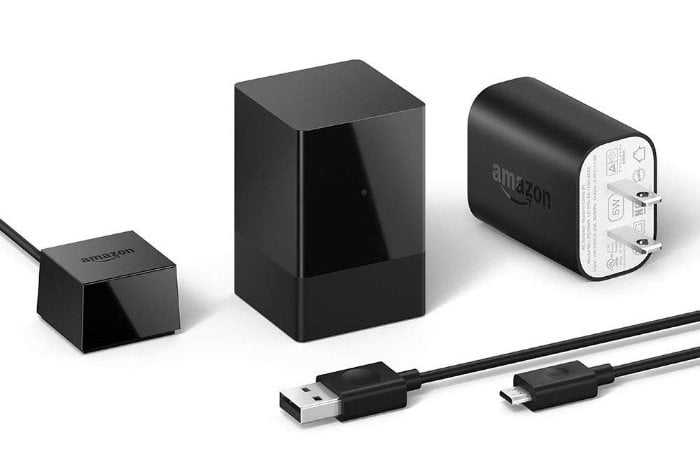 – Fire TV Blaster adds hands-free voice control to your existing TV, soundbar, cable or satellite box, and receiver.
– Use your voice to control power, volume, and playback and switch between inputs—even from across the room.
– Eliminate the need for multiple remotes and get to the content you want to watch faster and easier.

The Amazon Fire TV Blaster is now available to preorder priced at $35 on its own or $80 when accompanied by a fire TV stick and Echo Dot. Jump over to the official Amazon site for more details and to place an order for delivery on December 11th, 2019.