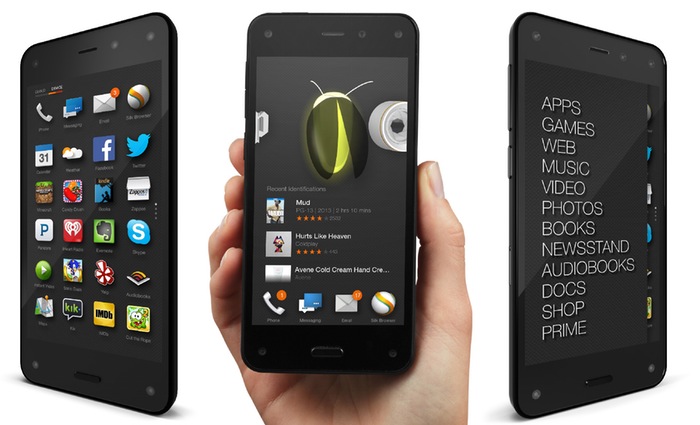 UK residents patiently waiting for Amazon’s new smartphone to launch in the United Kingdom, will be pleased to know that this week it has been announced the Amazon Fire Phone will be launching in the UK later this month, as an exclusive on O2’s mobile network.

As you might have expected the new Amazon Fire Phone will also be available to purchase directly from the Amazon.co.uk website, although no exact price has been announced as yet, but the handset sells for $199 in the US.

Unfortunately for Amazon their new smartphone has not been quite as popular as the company would have hoped, and reports are circulating that Amazon has sold just 35,000 Fire Phone handsets since its launch, up until the end of August 2014.

To re-cap the Amazon Fire Phone is equipped with a 4.7 inch IPS LCD HD display offering a resolution of 1280 x 720 pixels and is powered by a quad core Qualcomm Snapdragon 800 processor supported by 2GB of RAM and Adreno 330 graphics processor, all running Amazon’s Fire OS.

Other features of the Fire smartphone include a choice of 32GB or 64GB internal storage, together with a 2.1 megapixel front facing camera and a 13 megapixel rear camera. Which provides gamers with the Fire Phone’s ‘Dynamic Perspective’ head tracking feature that is demonstrated for games in the video below.