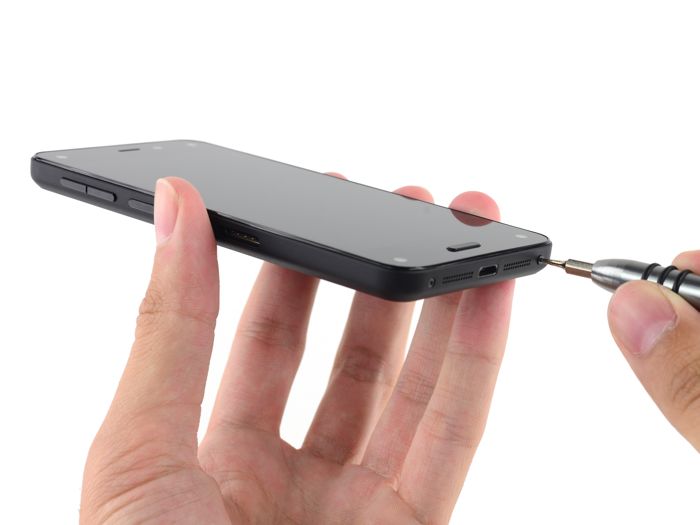 The guys from iFixit are at it again, this time the have taken the new Amazon Fire Phone apart to see what was inside Amazon’s first smartphone.

The Amazon Fire Phone features a 4.7 inch IPS LCD HD display with a resolution of 1280 x 720 pixels, the handset is powered by a quad core Qualcomm Snapdragon 800 processor and it comes with 2GB of RAM and an Adreno 330 GPU. 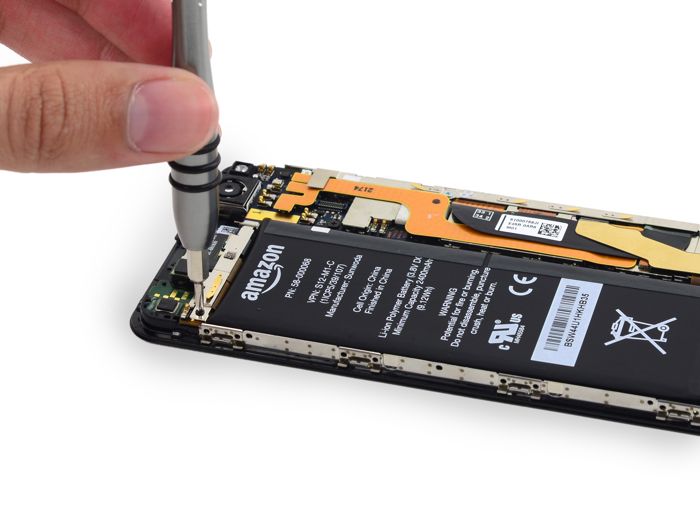 Other specifications on the Amazon Fire Phone include a choice of 32GB or 64GB of built in storage, the device also comes with a 2.1 megapixel front facing camera and a 13 megapixel rear camera, and its runs Amazon’s Fire OS, which is based on Android.

So how did the new Amazon Fire Phone do in iFixit’s teardown, will the device be easy or difficult to repair, have a look at the video below to find out.

As we can see from the video, the new Fire Phone from Amazon is not the easiest device to repair, it only managed to score 3 out of 10 on the iFixit repair index, 1 is very hard to repair and 10 is the easiest to repair.

A number of things make the Fire Phone difficult to repair, this include lots of cables and connectors which are hard tom remove and reinstall. 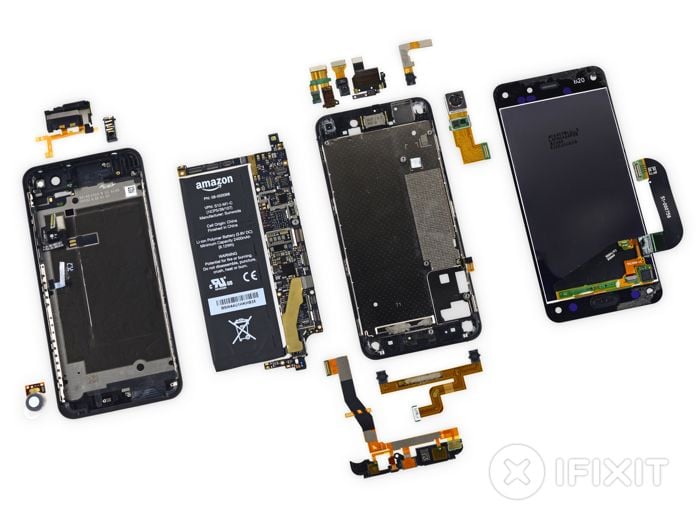 Another thing that makes the device hard to repair is the four dynamic cameras, which are encased in glue, and according to iFixit, if you want to replace the display, then it will need to be one with the four cameras built in, head on over to iFixit for more details on Amazon’s new smartphone.