Yesterday Apple announced that iTunes users would be able to rent TV shows for $0.99, and in a bid to combat Apple’s new $0.99 TV show rental service, Amazon has responded by dropping the price of many TV shows to $0.99.

There is one major difference between the $0.99 TV shows from Amazon and Apple, the Amazon TV shows will be your to own for $0.99 whilst Apple will let you rent the TV show for $0.99. 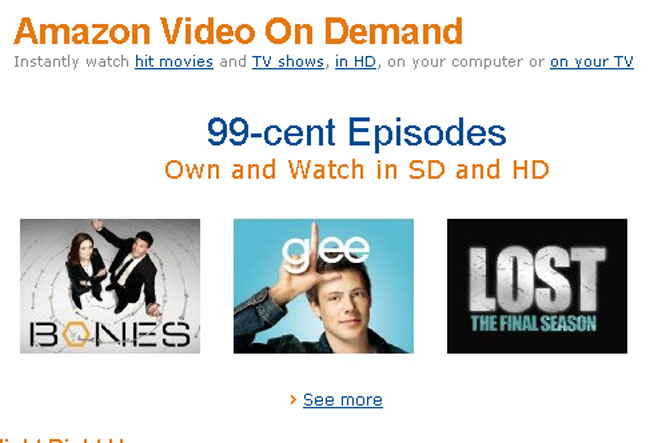 It seems that Amazon may be taking a loss on the $0.99 TV shows, they have not come to any deals with any of the TV studios, and will continue to pay them the same wholesale price as when they were selling the TV shows for $2.99.

Amazon’s new pricing applies to around 260 TV shows which include shows from Walt Disney, ABC, News Corp and the BBC.