This week Amazon have released a new Amazon Cloud player iPad app which is now available to download from the iTunes App Store for free. 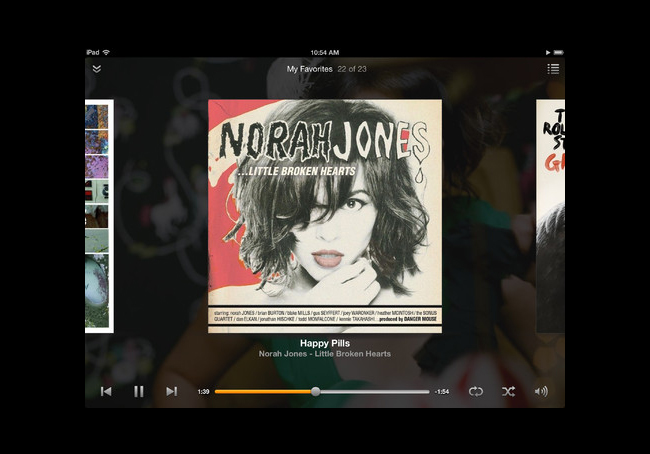 As well as launching the new Amazon Cloud player iPad app, the latest update to the application also brings with it a number of new features and tweaks including new settings to manage the cache size of the application. Together with an updated look and user interface.

Features of the updated Amazon Cloud player iPad app include:

– Shop over 20 million songs from millions of artists in the Amazon MP3 store right from your Safari web browser, with bestselling songs from $0.99 and albums from $7.99. Music you buy is instantly added to your Cloud Player library, whether you buy it from your iPhone, iPod touch, iPad, PC, or Mac.

– Buy any AutoRip CD on Amazon and get the MP3 version for free, immediately added to your Cloud Player library.

– Visit Amazon Cloud Player on your PC or Mac and import your music collection from iTunes or your other folders. Once imported from your computer, music will instantly be available on your iPhone, iPod touch, or iPad.

– Simply play music from your iTunes collection that is already on your device – even music downloaded from iCloud can be played with Cloud Player.