Valve’s Steam games network and accompanying online store have offered customers Metacritic review scores for some time positioned alongside its games listing within the store. 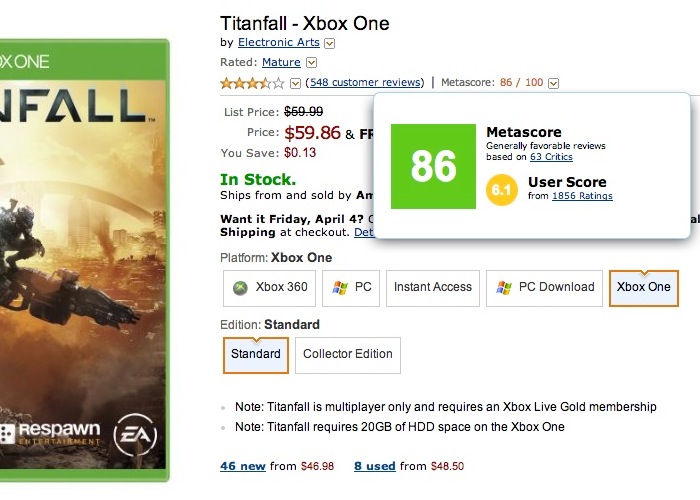 Unfortunately Amazon hasn’t officially announced the arrival of the new Metacritic review scores features so we can’t be 100 percent sure whether the feature will stay or if it is just a trial that Amazon is running in specific locations. We will keep you updated as more news becomes available.