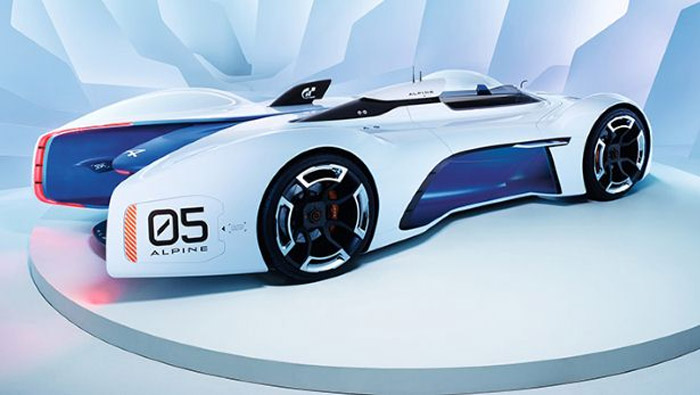 Renault and Alpine are two carmakers with close ties that have produced some cool cars in the past. Alpine has a new virtual racing car that will only drive under its own power inside the Gran Turismo video game called the Alpine Vision Gran Turismo. The concept is a single seater endurance racing car and it looks straight out of Speed Racer or Star Wars.

The back looks like a Star Wars pod racer with the airbrakes that house the brake lights and an open design. The car has an off center driving position that puts the driver on the right side of the car. The instrument panel is a HUD rather than traditional analog instruments. The car will be offered in three colors in the game.

The colors include the white and blue in the images here along with an orange and blue color scheme and matte black version. Power for the virtual car comes from a 4.5L V8 with 450hp and 448 lb-ft of torque. Power goes through a 7-speed sequential transmission and the car has a top speed of 199mph.