Five mechanical engineering students from the University of Pennsylvania were provided with one year and a significant sponsorship budget and to design and create a next generation bike, the result : The Alpha bike.

The new Alpha bike concept drops the traditional gears and chains and replaces them with a drive system integrated into the frame of the bike. The drive is provided by a new SWIFT Drive Technology which is an Integrated Free-Fixed Transmission that uses an electromechanical actuated clutch to switch the bike’s configuration between fixed-gear and free-wheeling modes. 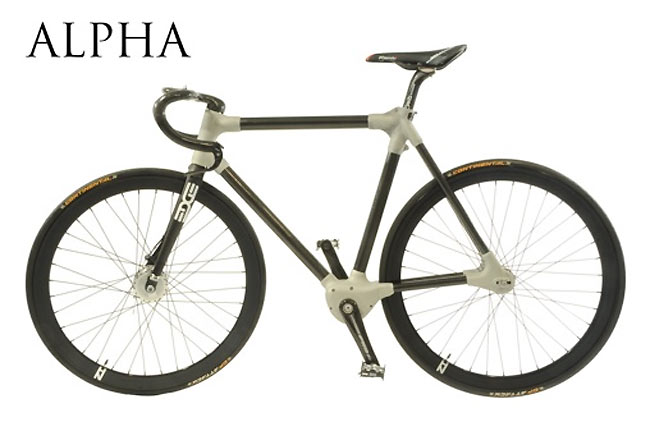 The handlebars were designed for ergonomics as well as the internal routing of cables, wiring and mounting of a printed-circuit board and LCD screen. The bikes frame was constructed from carbon fiber tubes epoxied to aluminum lugs and Hysol-9430 epoxy was used for its strength and ability to bond aluminum and carbon fiber. 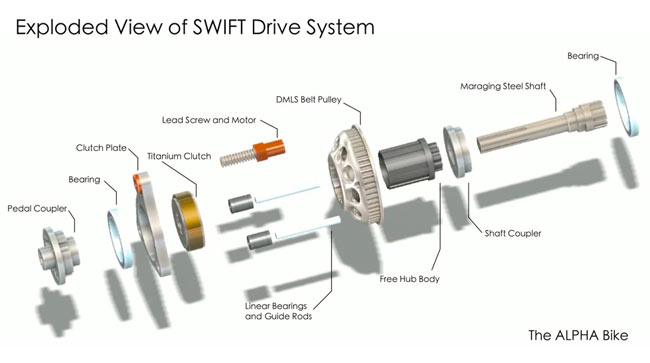 The front hub houses a drum brake and a dynamo which generates power for the onboard electronics, which include a 6-DOF inertial-measurement unit, a clutch sensor, and two hall effect sensors, which provide cadence and wheel speed.

For more information on the Alpha Bike Concept visit the developers website.