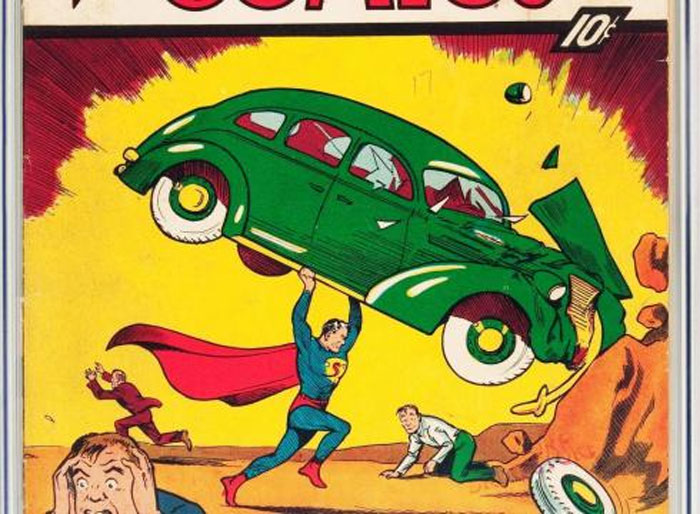 One of the most popular superheroes ever to make it from the pages of comic books to the TV and big screen is Superman. Superman has been the focus of countless TV shows, cartoons, and big screen movies over the years, but in the pages of comic books is where the hero got his start. A nearly flawless copy of superman’s debut in a comic book went to auction recently and brought a record price.

The comic is Action Comics No. 1 from 1938 and it sold for $3.2 million. The winning bid was made by New York comic dealers Stephen Fisher and Vincent Zurolo. The previous record was held by a copy of the same comic when it sold in 2011. EBay has confirmed the bid that won the auction, but wouldn’t confirm the buyer’s name. The comic book was reportedly kept for decades in a cedar chest by a man from West Virginia, who bought it off a newsstand.

“It’s hard to believe that a kid’s 10-cent comic could be worth that much money, but it is Superman. That’s an iconic thing,” Fisher said. “It’s the first time anybody saw what a superhero was like.”