Almost four months ago Mr. Gareth Halfacree fought a losing battle to raise enough money for bidding on Alan Turing’s papers in a Christie’s auction. Lo and behold, the tide has turned and Mr. Halfacree has a lot of people to thank. 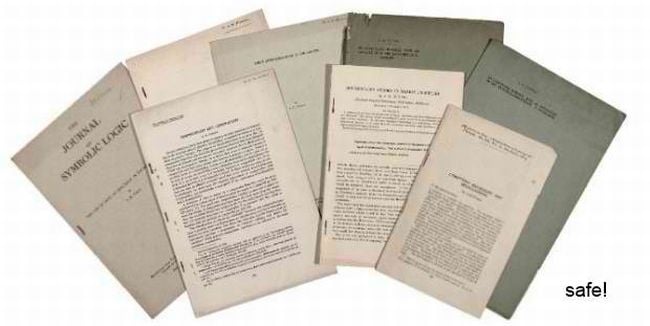 Mr. Halfacree secured almost a quarter of a million pounds from public donations, a Google grant, and the National Heritage Memorial Fund . This wasn’t enough however, but the hand of providence moved in his favor when auction time came and no large bids were made on the Turing memorabilia. This paved the way for Halfacree to buy them. In a recently published news item-cum-personal essay, Halfacree thanked those who made it all possible:

“To end the story on a personal note, I would like to thank all those that donated to what seemed – at the time – like a lost cause, and to those who worked with the Trust to gain additional funding above and beyond that that the original fundraising campaign was able to achieve. Everyone involved can be justifiably proud of this wonderful outcome.”

The whole article can be read on Thinq.

Alan Turing is the godfather of computers. He may have never tinkered with the machines, but his work as a mathematician has more than shaped our modern world, it helped transform it.

The newly acquired papers will undergo restoration work and are scheduled for display at the Bletchley Park Museum later this year.