A few days back, an image of the alleged HTC M8 popped up on the internet showing us how the dual-sensors would look like on the device by a Twitter users known as HTCFamily.ru.

The legitimacy of the image was questioned, but we came across a few more leaks after that as well. Now, the same guy has posted another image of the purported HTC M8, showing us the front side of the device with on-screen buttons. 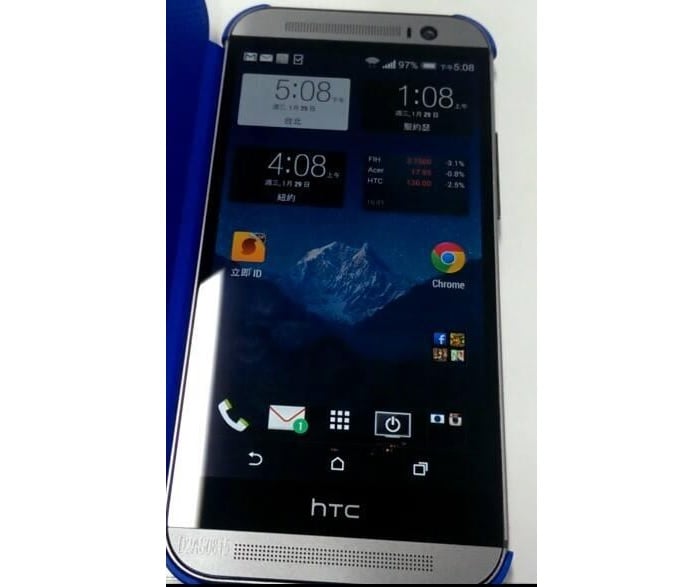 The validity of the images are still not confirmed, but it does look similar to what we’ve heard in the past, which predicted HTC M8 is strikingly similar to it’s predecessor in terms of design, and will come with on-screen buttons.

Although we have no way to confirm whether it’s real or not. The language on the main home screen looks like Taiwanese, the home of the company, and is a little bit larger than the HTC One. We’re not saying the image is real, only HTC can tell whether its real or not, but it ‘could’ be.

Let’s just take it as a rumor and wait for HTC to unveil the handset. A rumor has it that HTC will announce the handset in March at a press event in NYC. We’ll update you if any other information pops up.