Yesterday, we spotted some images of the alleged HTC M8 aka HTC One 2, which showed us the dual-sensors on the back of the device.

While the legitimacy of the image is still in question, we have some more images of the alleged HTC M8. The images were posted on a Russian website, and shows the handset with a black paint job. 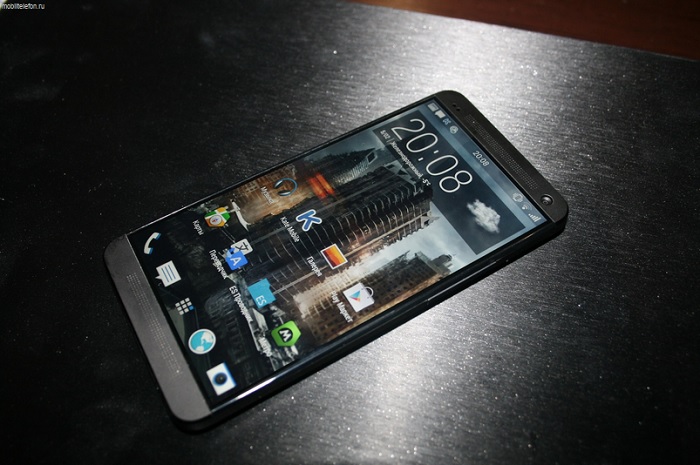 The handset looks quite similar to the HTC One, but packs a bigger screen with thin bezels on the side of the handset, very thin actually. The poster shared two pictures of the alleged handset, and there’s a twist in them if you clearly take a look at them. One of the images show the on-screen navigation buttons on the screen while the other one doesn’t. The Russian site doesn’t offer any extra details, but says about navigation buttons that the implementation is done in an “interesting way.”

Could it be another hoax or a real image of what the upcoming HTC M8? Only time will tell that as there’s no official word from HTC about the launch of the handset. Based on rumors, HTC M8 aka HTC One 2 is rumored to see the light of the day in March at a press event in NYC, but we’ve yet to hear about any such event from the Taiwanese OEM. You can take a look at both images above and draw your own conclusion until they become official.