Motorola has unveiled a number of Droids along Moto X this year, but it seems as if they are not done yet. Some images have leaked from the Chinese social networking website Weibo (Twitter like social network for China) that shows us some images of the alleged Droid 5 with a full QWERTY keyboard. 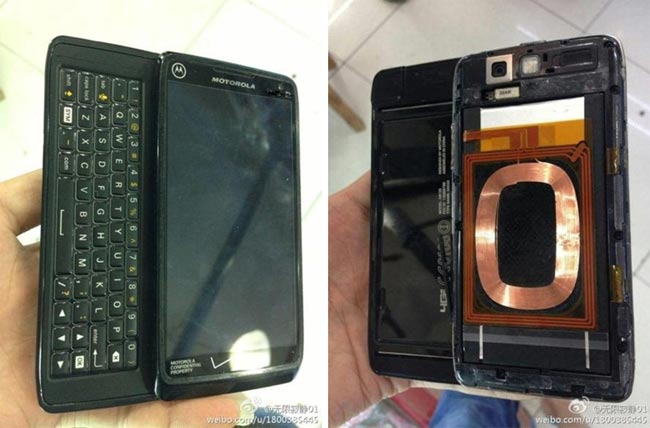 It has been rumored that the alleged Motorola Droid 5 will feature a 4.3 to 4.5 inch display and will be Verizon exclusive, similar to all the earlier Droids. If you take a closer look, you will also see Verizon’s logo placed on the screen. The leaked image also shows the camera UI of the device but we cannot say what type of camera technology it will bring. My wild guess is that it will be similar to the current Droids: Droid Maxx, Droid Mini and Droid Ultra. 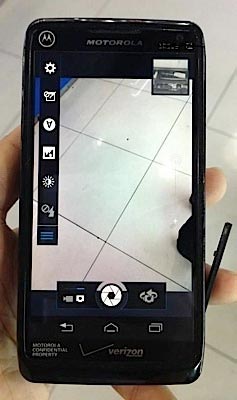 Interestingly, the device will feature NFC, wireless charging capabilities, and will be dust and water-resistant. Currently, there is no news of what other specifications will Droid 5 bring at the table along with its availability date.

Considering that most manufacturers are moving towards bigger screens with no buttons at all, do you think it’s a good move by Motorola to launch a handset with a QWERTY keyboard? We will share with you any extra information that we can get about the alleged Droid 5.