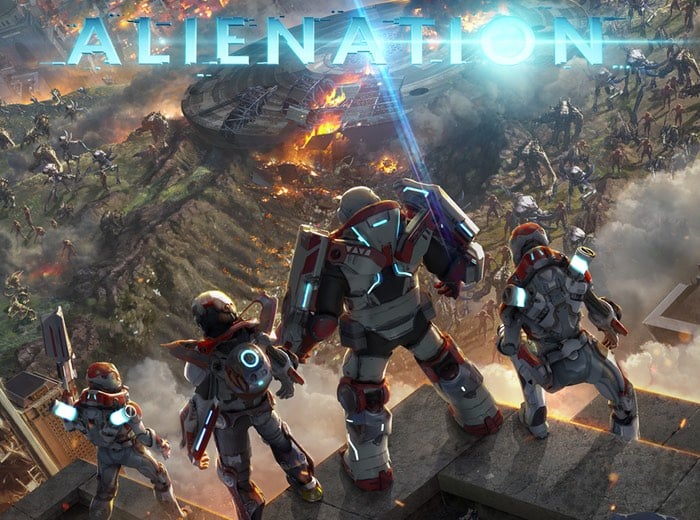 Sony and Housemarque have this week announced that the Alienation game will soon be launching on the PlayStation 4 console next month, on April 26th, 2016 and is now available to preorder with special pre-order bonuses available.

Watch the latest Alienation gameplay teaser trailer which has been released to learn more about what you can expect from the Alienation PS4 game that allows you to join forces with three other players to fight cooperatively and stem the alien invasion.

Lead your elite squad in the fightback to save Earth from an alien invasion in this frantic, top down twin-stick shooter. The fight is out there: drop in with up to three other players as you face down staggering odds. Or, when the heat is on, call on others to back you up and help drive away the extra-terrestrial hordes.

Combine the most brutal firepower and the deadliest tactics to secure victory. Flank forces and target weak points to create strategic advantages or simply go shoulder to shoulder and let rip a devastating ballistic tidal wave – this is your war soldier, fight it your way.

Alienation is now available to preorder directly from the PlayStation online store priced at £14.39 and carried an 18 certificate.