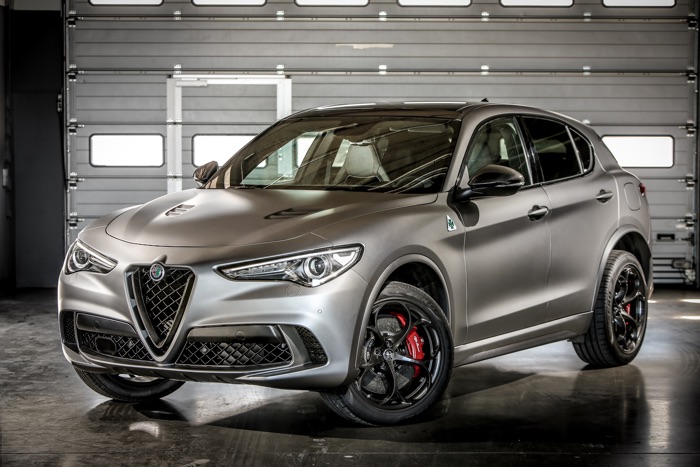 The Alfa Romeo Stelvio Quadrifoglio was announced a while back and now the SUV will make its UK debut at the 2018 Goodwood festival of Speed.

Alfa Romeo will also be showing off some other models at the event which will include the Nürburgring Edition Giulia Quadrifoglio .

From 12 to 15 July, the English county of West Sussex will host the “Goodwood Festival of Speed”, one of the most prestigious events in the international motorsports calendar. The Festival will also be attended by fine historic Alfa Romeo brand cars, as well as current production models, confirming the unbreakable bond between the icons of the past and the models that embody the brand’s new paradigm today. What’s more, the event will include the United Kingdom debut of the right-hand drive version of the fastest SUV in its class: Alfa Romeo Stelvio Quadrifoglio, to be put through its paces on the famous Goodwood hill on Thursday.

You can find out more details about the Alfa Romeo Stelvio Quadrifoglio  over at Alfa at the link below.