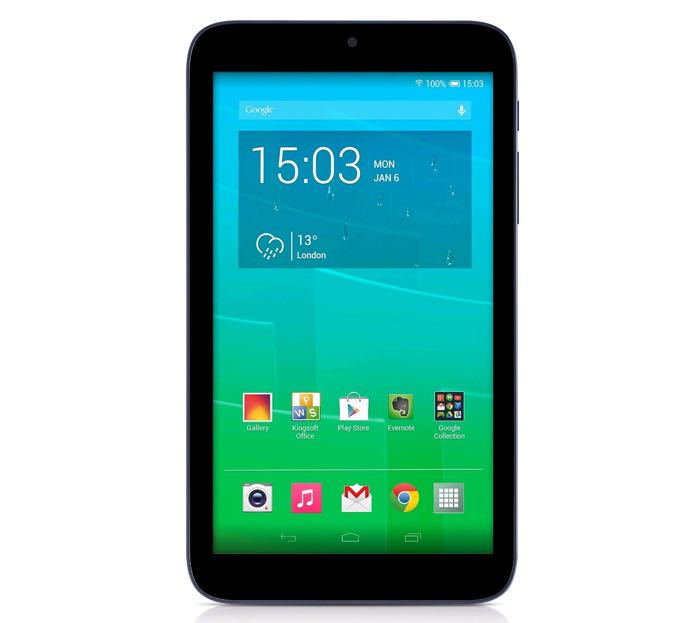 The ALCATEL ONETOUCH Pixi 7 tablet was announced earlier in the year, and now the device is headed to the UK and it will be available for £69.99.

The Pixi 7 tablet comes with a 7 inch display with a qHD resolution of 960 x 540 pixels, the device is powered by a triple core 1.2GHz processor and it comes with Android 4.4 KitKat.

Powered on Android 4.4 (KitKat) the PIXI 7, comes with a selection of pre-installed apps making the tablet user friendly straight out of the box. This Android operating system delivers optimised memory and touchscreen functionality and redesigned e-mail.

The PIXI 7 is equipped with two cameras: a front camera and rear camera, so photos can be quickly uploaded to social networks thanks to the built-in high speed WiFi.

The ALCATEL ONETOUCH Pixi 7  tablet feature an 0.3 megapixel camera on the front and back, the device also comes with a 2840 mAh battery, you can find out more details at the link below.