The Alcatel Evo 7 is powered by an unspecified 1Ghz processor supported by 1GB of RAM, and has access to the Google Play store allowing you to install applications. 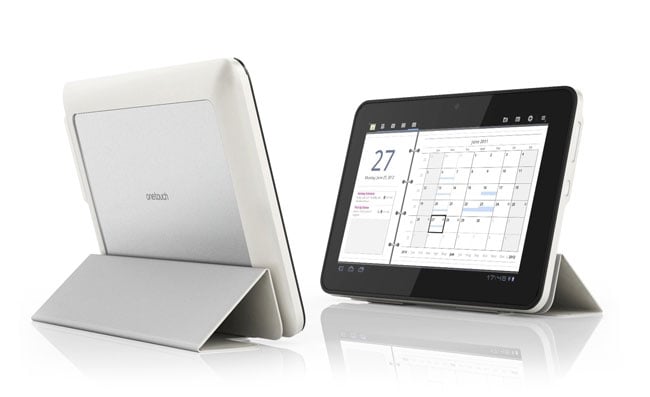 Its fitted with a 7 inch screen and supports Wi-Fi and can easily be upgraded to support 3G if required using a removable 3G module. The Evo 7 is also equipped with a front facing camera and comes fitted with and SD card slot for expansion up to 32GB.

“ONE TOUCH EVO7 is characterized by a unique compact design: its silver back cover is bordered with a movable frame. Take it off, install the 3G module and personalize your tablet with a selection of colored frames.”