Ewan Lister based in the UK has this created a new development board called the Alan which he has designed to help you expand the functionality of your projects.

The Alan Arduino compatible development board is available in four sizes of Spartan-6 LX FPGAs offering from 11,440 to 54,576 Flip-Flops, and is currently in the last hours of its Kickstarter campaign. 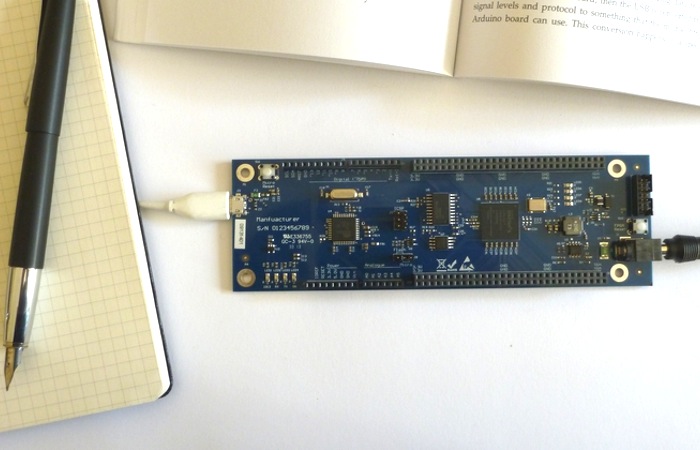 Other features of the Alan Arduino development board include 4 user controlled LEDs connected to the FPGA, 100 general purpose digital IO pins (3.3V logic level) connector to the FPGA and a powerful 10W on board voltage regulation (3.3V and 1.2V outputs) protected by a resettable fuse. Ewan explains a little more:

“The idea for Alan originally arose while looking for a suitable Xilinx FPGA development board for a project I wanted to complete.

While Xilinx development IDE is available for free the challenge comes when you want to program a device as programmers can range in cost from a tens to hundreds of dollars.

Having consulted on FPGA designs for a number of years I am very familiar with configuring them from a microprocessor so I begin to think about could this be done easily and cheaply? My first thought was to use an Arduino compatible board as I had built a number of project with both the Arduino Uno and the Leonardo and I am a great fan of Arduino and simplicity of their IDE. “

The Alan Arduino development board project is currently over on the Kickstarter crowd funding website looking to raise enough pledges to make the jump from concept to production.