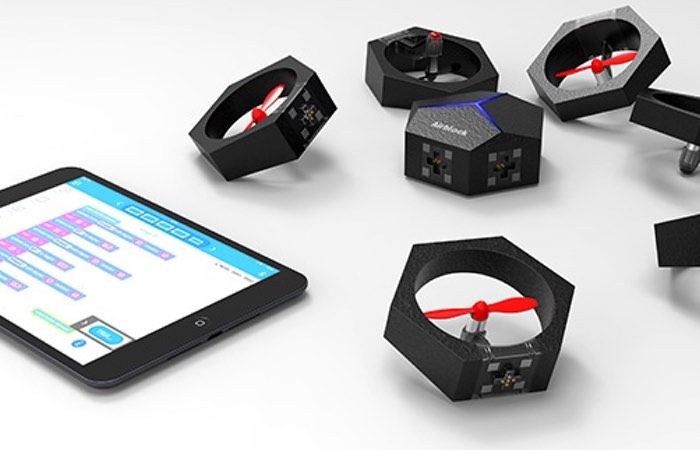 If you are interested in learning more about building drones or programming electronics in general, you might be interested in a new modular drone construction kit called Airblock.

Airblock has this month launched on Kickstarter and has already raised over $180,000 thanks to over 1,200 backers with still 55 days remaining on the campaign.

Watch the video below to learn more about this modular drone kit which is available to back with pledges starting from just $99. The developers of Airblock explain more about inspiration, features and companion application.

Build it. Code it. Fly it. The first flying blocks that allow you to build your dream aircraft/hovercraft to control and program.

With magnetic attachment, modularity, and visual programming, the drone can do more than what you can imagine. It’s not only a fun and cool toy to play, but it can also incorporates basic knowledge of engineering, technology, and physics. We want to encourage the spirit of creating in every child and adult, while being able to pick up a new skill like coding. The added bonus — it’s only $99!

Airblock is made of a lightweight, engineered plastic foam which is soft and durable. The fans/blades are surrounded so it’s not exposed. It’s safe to play around kids and for kids to play.

For more information on the new Airblock jump over to the Kickstarter website for details by following the link below.