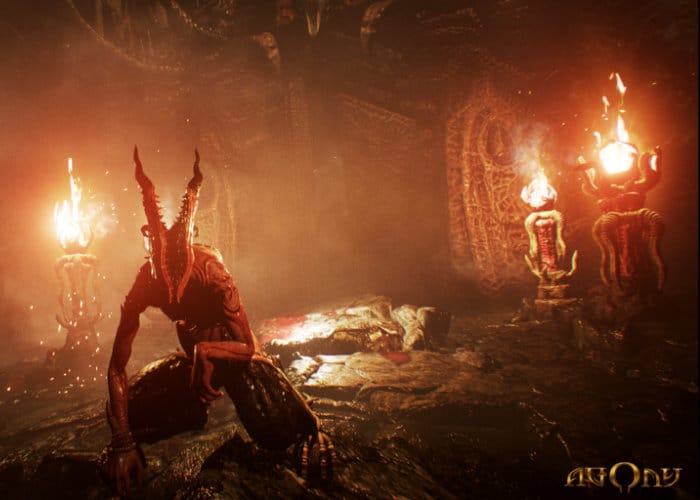 Developers Madmind Studios has this week confirmed that their new survival horror game will be launching next month on May 29th, 2018 and will be available to play on Xbox One, PlayStation 4 and PC systems via Steam stop. Agony takes the form of a first-person survival horror game during which players begin their journey as tormented soul within the depths of hell without any memories about their past.

Agony has been created thanks to a successful Kickstarter campaign and is expected to be one of the premier horror titles of 2018. “The special ability to control people on their path, and even possess simple minded demons, gives the player the necessary measures to survive in the extreme conditions they are in.” Watch the announcement trailer below to learn more about the survival horror game created by Madmind Studio and published by PlayWay. “Survive the limits of your mind and venture into the most secret realms of hell.“

“Agony throws players in the midst of hell where they strive to stay alive and solve the riddle behind the mysterious Red Goddess; architect of this place of sorrow and pain, and the sole entity with knowledge of how escape… but there is more to the story than it seems. Haunted by nightmare creatures, players gain the ability to possess demons and other souls to find their way out of hell.”