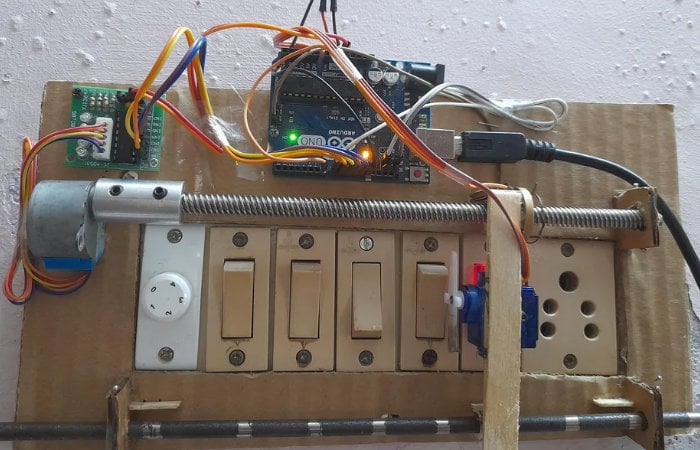 If you are looking for an affordable way to add home automation to your office or living space, or perhaps a home automation systems to control things that cannot be linked to the likes of Apple’s Siri or Amazon’s Alexa. You may be interested in a physical home automation system using a little Arduino hardware and programming together with a remote-controlled servo and a unique control mechanism made using cardboard, lollipop sticks and a few metal components. 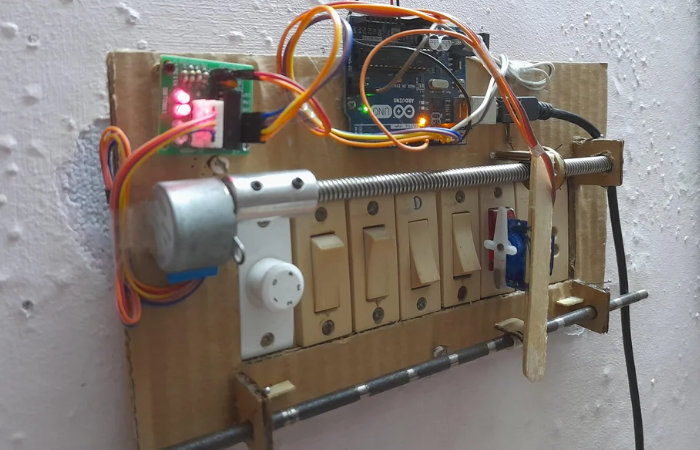 “The main portion of the home automation setup is the stepper motor assembly, and it is responsible for moving the servo motor back and forth across the bank of switches. Due to the stepper motor not knowing its initial position relative to the device, it must be “homed” or set to its zero position by moving right until the edge hits the limit switch.

When a request to turn a switch on or off is received from the IR remote, the Arduino board decodes the instruction and converts the command into the number of steps the stepper motor must take to reach the desired location. After the servo moves and flips the switch on or off, the entire thing returns to where it started from. “