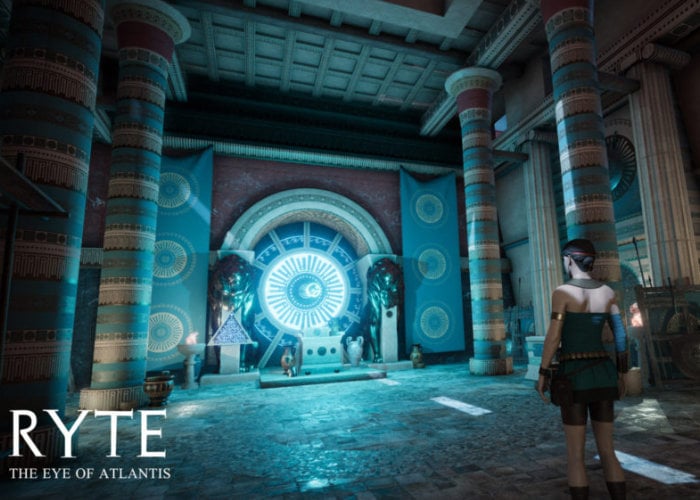 A new virtual reality adventure will be launching in a couple of weeks time on both PC VR headsets and the Oculus platform. Ryte The Eye Of Atlantis has been created by developers Orichalcum Pictures and provides a alternate history transporting players to the lost civilization of Atlantis to unravel its mysteries, wield supernatural powers and, maybe, prevent a global catastrophe.

“Set sail to the legendary city of Atlantis, standing atop the fertile central plains of a mountainous island which rose straight from the ocean of ancient Greece. Visit the citadel’s main harbor sprinkled with outdoor markets filled with occult artefacts, statues and worshiping venues. Meet the village fishermen and its sacred temples, acquire supernatural powers and let your spiritual beliefs guide you through the Atlanteans religious wisdom and mysticism practices.”

“Ryte is a work of imagination, but we tried to base our visual world as much as possible on historical elements. Our setting is mostly Greek, with statues of Poseidon, sacred bulls, but we are also including Aztec and Egyptian elements. In order to give the player that feeling of awe and wonder, of deep strangeness everywhere he goes, we chose to make a city spreading upwards in a vast and empty land, with a sky filled with bright stars. It helps remind the player that he is very small in a gigantic world.”